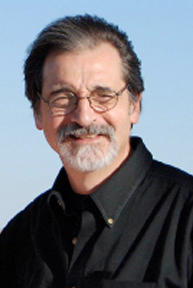 John Arabolos is a "Professional Designer and Artist in Residence" at the University of New Haven, in the Department of Art and Design.

John received a Bachelor of Fine Arts at the Hartford Art School at the University of Hartford in Connecticut in 1974, where he studied under Professors Christopher Horton and Rudolf Zalinger and was awarded the Ruth Chaney Goodwin Award.  In 1980 he obtained his Masters of Fine Arts from Pratt Institute of Design in Brooklyn, New York, where he studied under Professor Robert Zakarian, was the recipient of a Ford Foundation Grant and was named Pratt Studio Scholar.

John has been a practicing professional artist since 1969 exhibiting his work throughout the country.  Since 2001 he has been a member of the Silvermine Guild in New Canaan, CT, and is also represented by the Silvermine Gallery. He has won numerous art competition awards and has had his work published by Art New England, Gallery & Studio and Direct Art Periodicals, and also the New Haven Register. He has had his artwork published 9 times for "Nature Genetics" periodical covers.

He has been a registered practicing Interior Designer in the State of Connecticut since 1974, and is the principal of the West Haven, Connecticut,  design firm, "Arabolos Design Associates" founded in 1982.

About the Artwork
The artwork of John Arabolos is an investigation of "Chaotic" patterns found in nature. These are patterns that have what is described as, "self-similarity". That is to say; compositional elements, that are readily identifiable as the same, yet varying in size and scale and existing randomly in placement within space and time.

He investigates these phenomena, by utilizing symmetry as a tool, thus forcing and creating order out of randomness. The resulting patterns, though organic in origin, become manipulated abstractions from nature, defying identification relative to their size, scale and lack of subjective reference. Consequently this leaves viewers no tangible content to grasp in order to identify the images they are confronted with. This forces the viewers to subliminally rely on their own past empirical experiences and observations to formulate a response.

In many ways the artwork is an investigation about size or more specifically; how we perceive scale and rate of change.   John posits, "Because the phenomenology of intuitiveness is inextricably linked to Chaos theory and the idea of randomness, my investigation becomes a profound insight into how nature works and how we as beings of consciousness realize our environment. This is the crux of perception, art making, and the experiencing process. What is size?… and in relationship to what?  How do we determine scale, when through abstraction we do not have a frame of reference to base our perceptions and observations? What is size - but an individual’s physiological intuitive response to his/her own environment?" This current body of work represents a smaller part of a larger quest and search to document a universal aesthetic language through an analytic methodological approach in the perceiving, manipulation and illustration of an intuitive set of naturally evolving circumstances.

John’s recent artwork, "The Fabric of Life Series"©, utilizes multiple generations of complex image symmetry in natural unaltered color, to create very intricate patterns on a grand scale with methodology based upon the science of symmetry, universal geometric morphological sequencing and related mathematical algorithmic principals to aesthetically control and create both order and systemic structure from random organic imagery.

Recent and Current Activities
In March 2005 John published his first book about his art titled, "Chaotic Symmetries – The Artwork of John Arabolos"©.  The book is about the study and investigation of "chaotic" patterns found in nature whose random forms and self-similarity have been altered through the utilization of symmetry, geometric morphological sequencing and related mathematical principles to aesthetically control and create both order and systemic structure from random organic imagery.

A second Book relative to his current artwork and titled "The Fabric of Life Series"©, is planned to be completed and published within the next 2 years.

Based upon the graphic algorithm John developed to create his artwork, in July of 2008 he filed for a patent for a new "Disruptive Technology" for creating systemic morphological pattern sequencing. This design methodology enables the creation of an infinite number of self referential patterns from any given pictorial reference. Although development is still ongoing, the process is currently being used for the creative development of pattern sequencing within the "Graphic Image Terrain" by design professionals in the fine and applied arts of the Interior, Architectural, Textile, Graphic Design and Education industries. During 2013 the domestic and European patents have been approved. The process can be seen and utilized as on online design tool, at "Image Terrain.com".